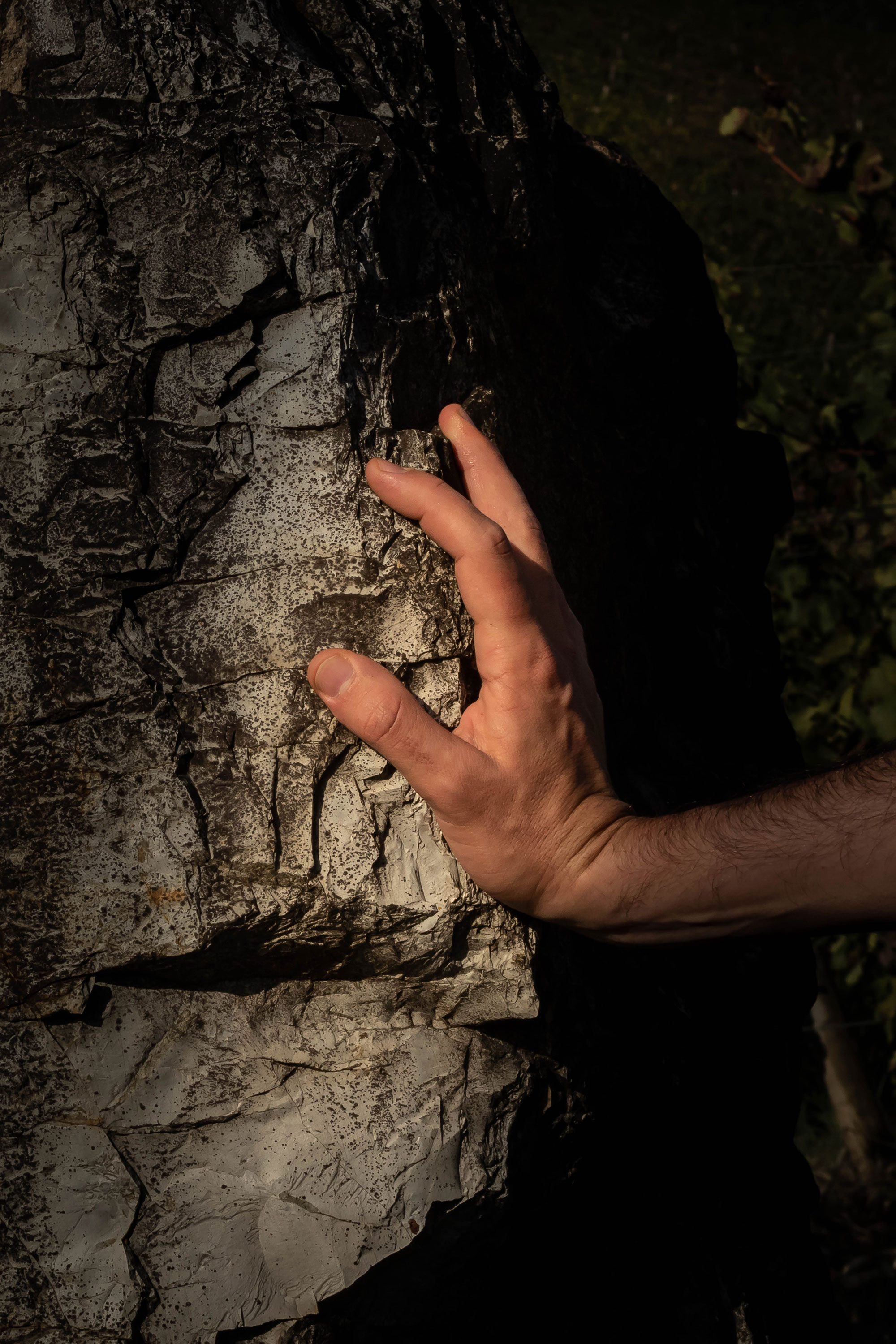 Bertinga is made of rocks and wind, of vineyards, hard work, and long experience.
As with all dreams, there is always something unfinished. 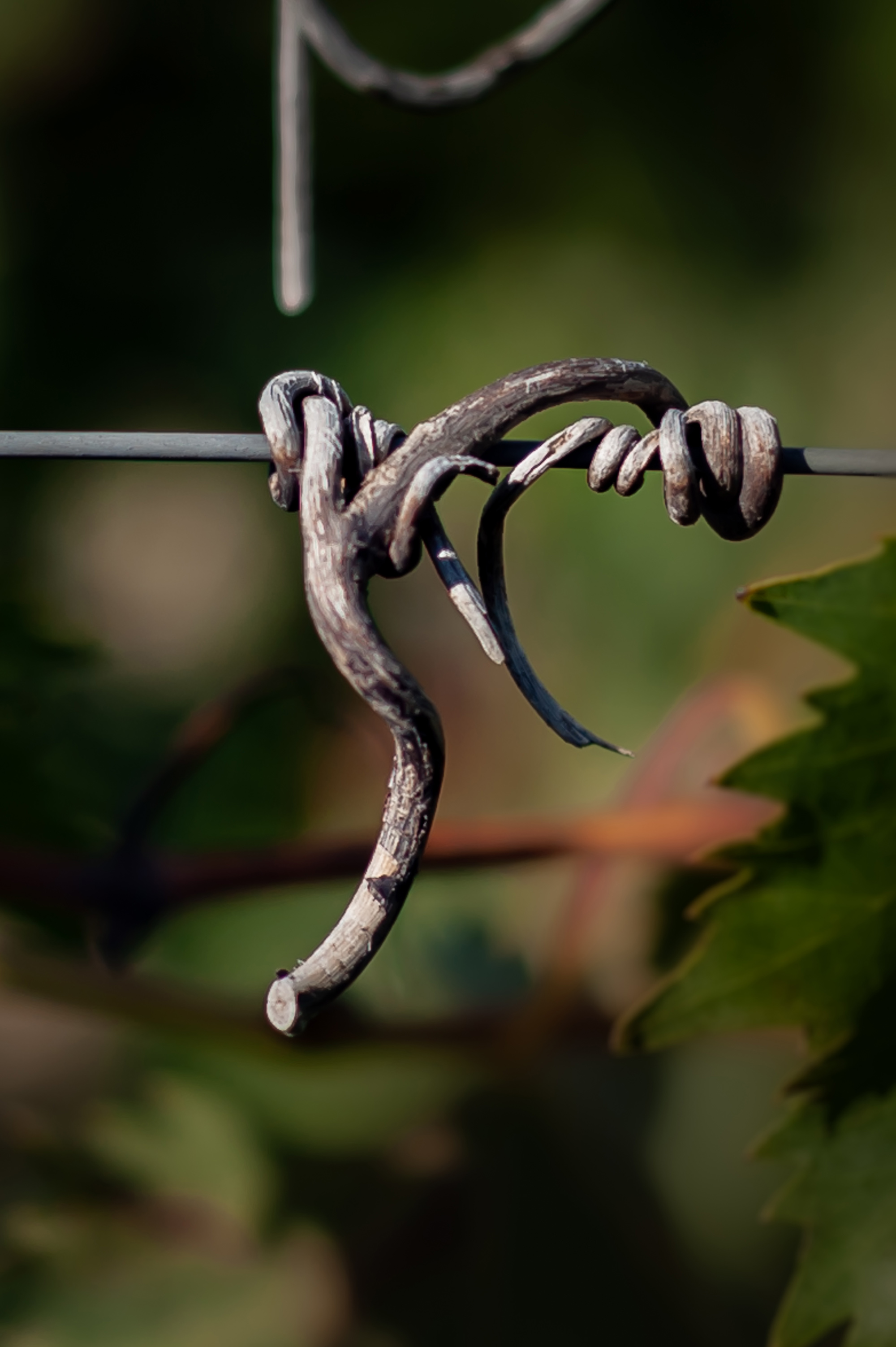 Bertinga, Vertine, and Adine.
All their names belong to history.
This geography itself is history. 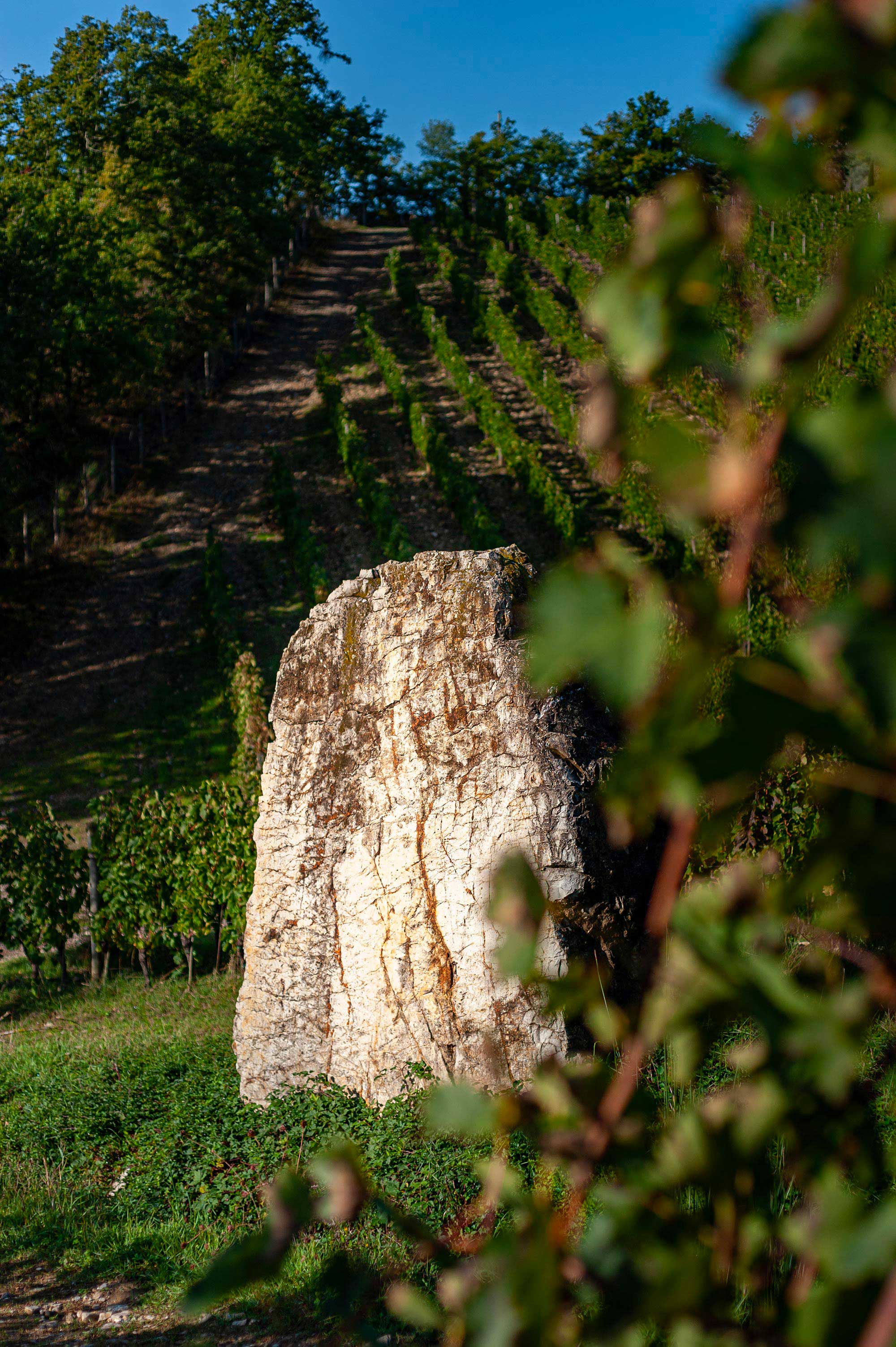 Bertinga is a name, a place, a vineyard, and a wine. It is an ancient name, with origins in the mists of time, referring to 6th-century AD Lombard settlements, and in all likelihood to an owner named Berto. That name became Le Bertinghe, and, more recently, Bertinga. 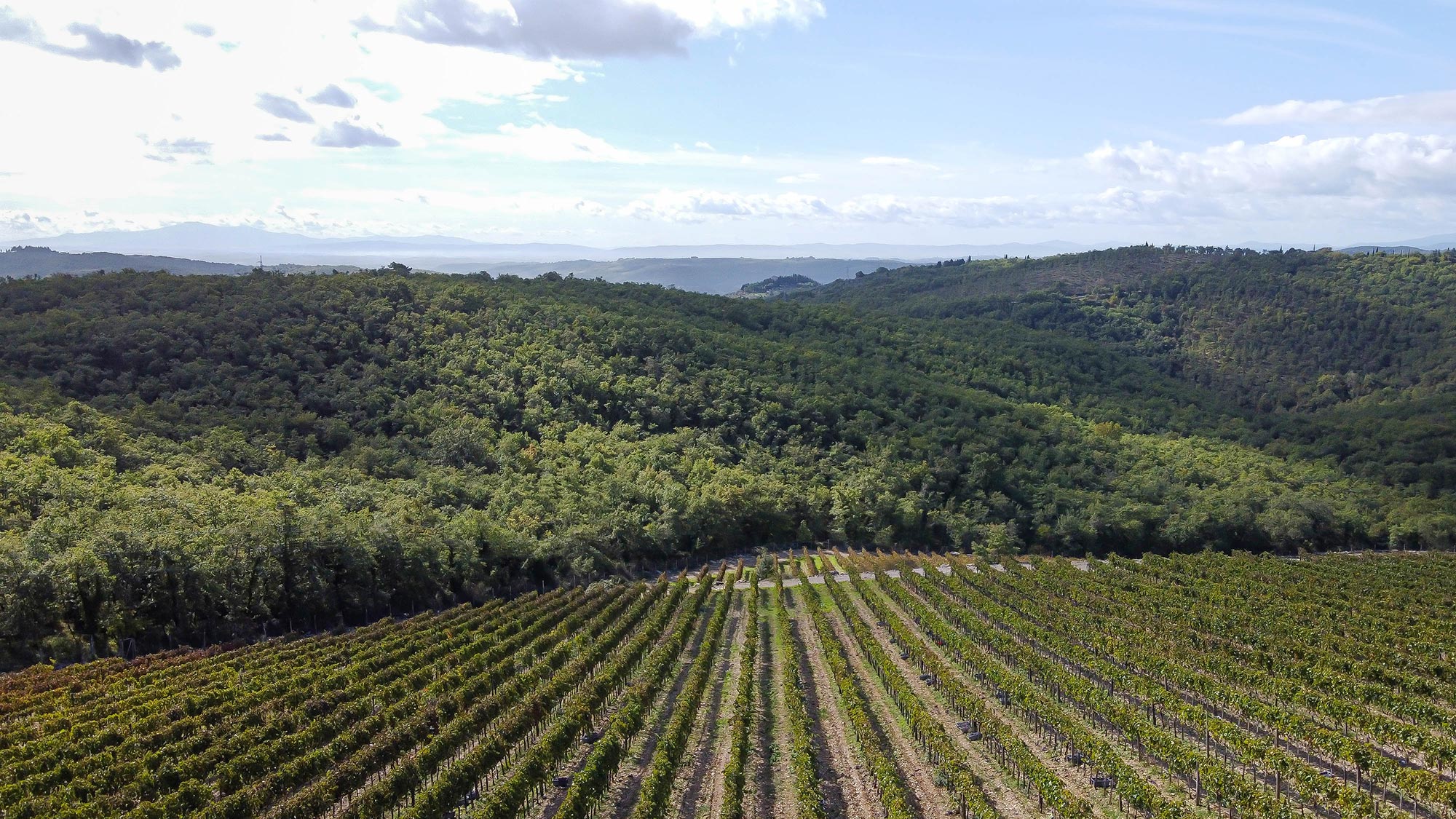 Here at Adine are the third vineyard and the winecellar. The Sangiovese cru Punta di Adine originates here, on the 540-metre-high peak. Its vine-rows plunge 60 dizzyingly-steep metres down its sun-blest, ventilated slopes. 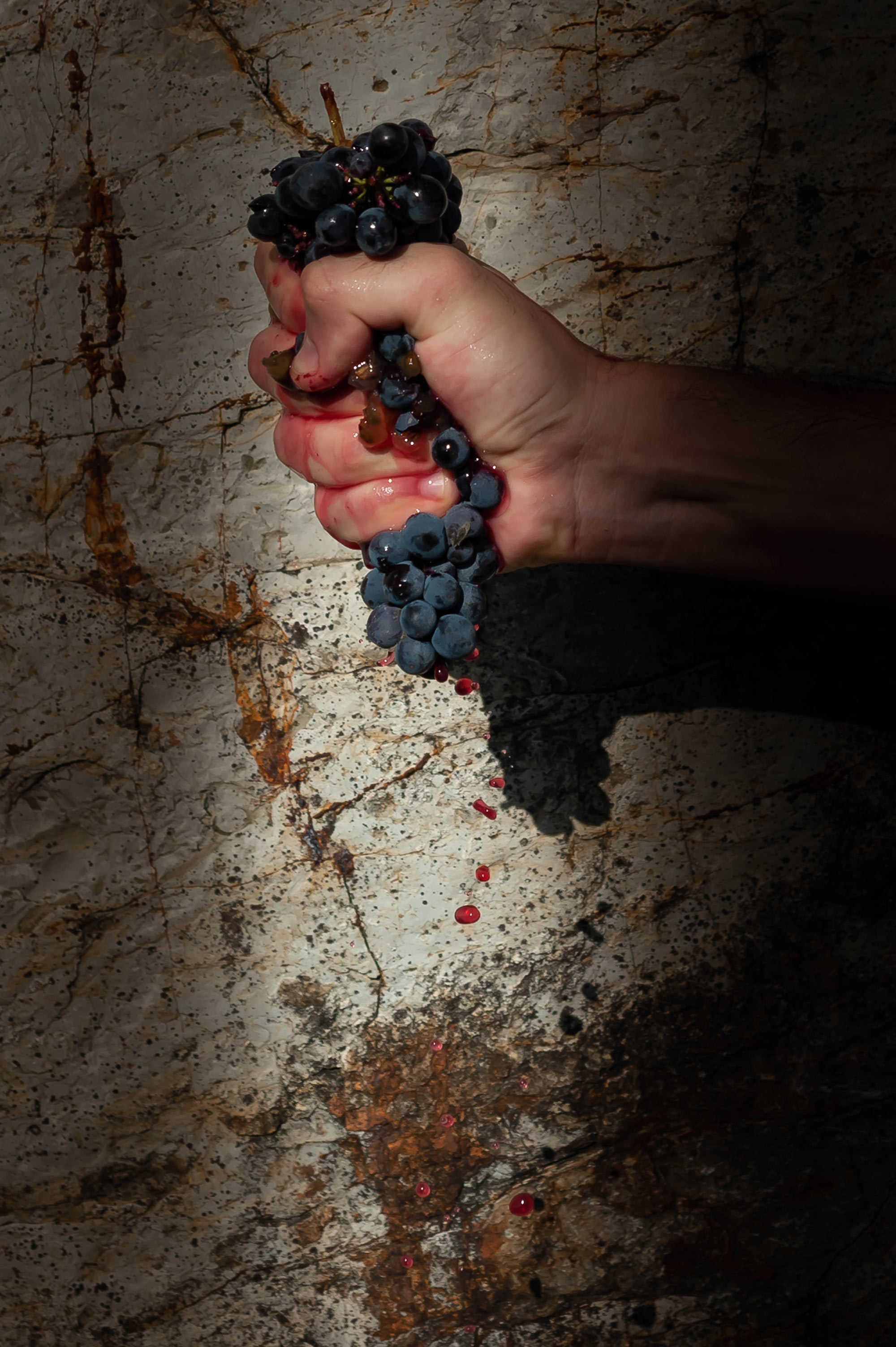 Encompassed within the Chianti Classico zone, the white-pebbled road leading to Bertinga is narrow but not difficult.
Here, the winemaking philosophy mirrors the character of nature. The vines translate their terroir in their own unforced, particular way, producing four wines that are Chiantis not by their denomination but in their very DNA. 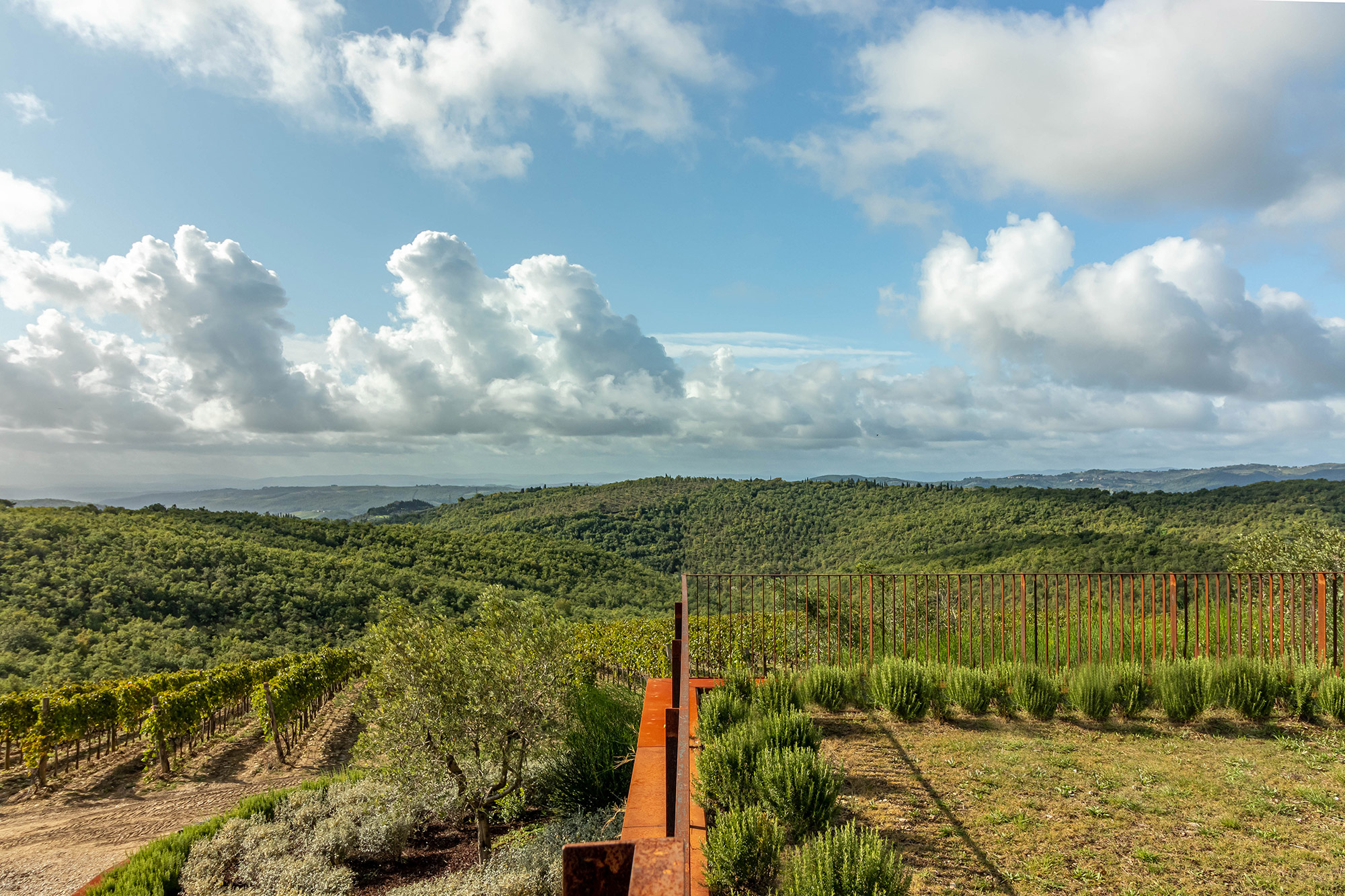 Bertinga gazes out over Tuscany from atop its winecellar at 540 metres.
At its feet are three vineyards, two grape varieties, and one exceptional terroir: Gaiole in Chianti.
The vineyards are Bertinga, Vertine, and Adine. 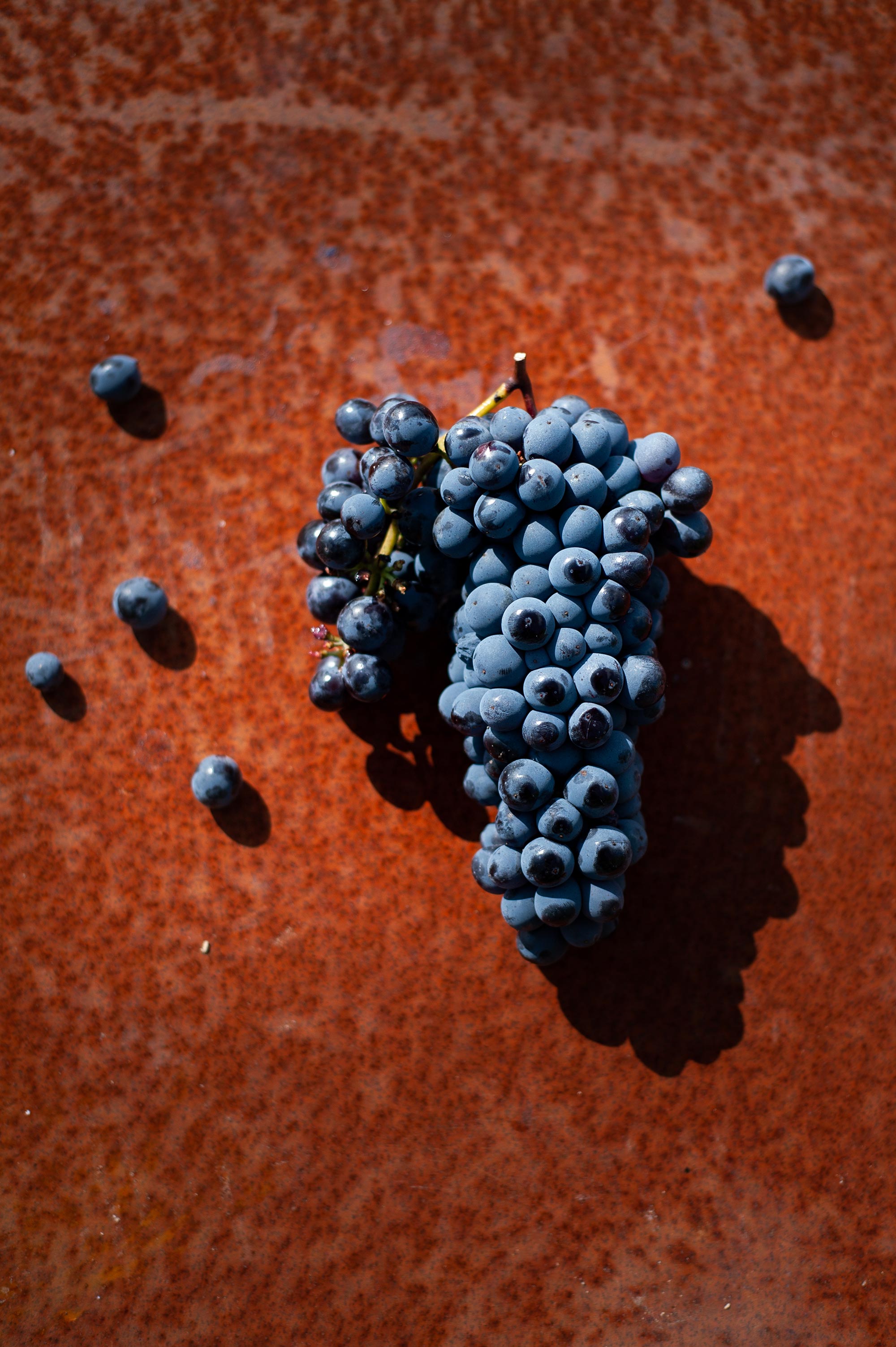 Sangiovese has small, dense berries, deep purplish in colour and with medium-thick skins.
In late September they proudly reach full ripeness.
At Bertinga, the vines have an age between 15-25 years. 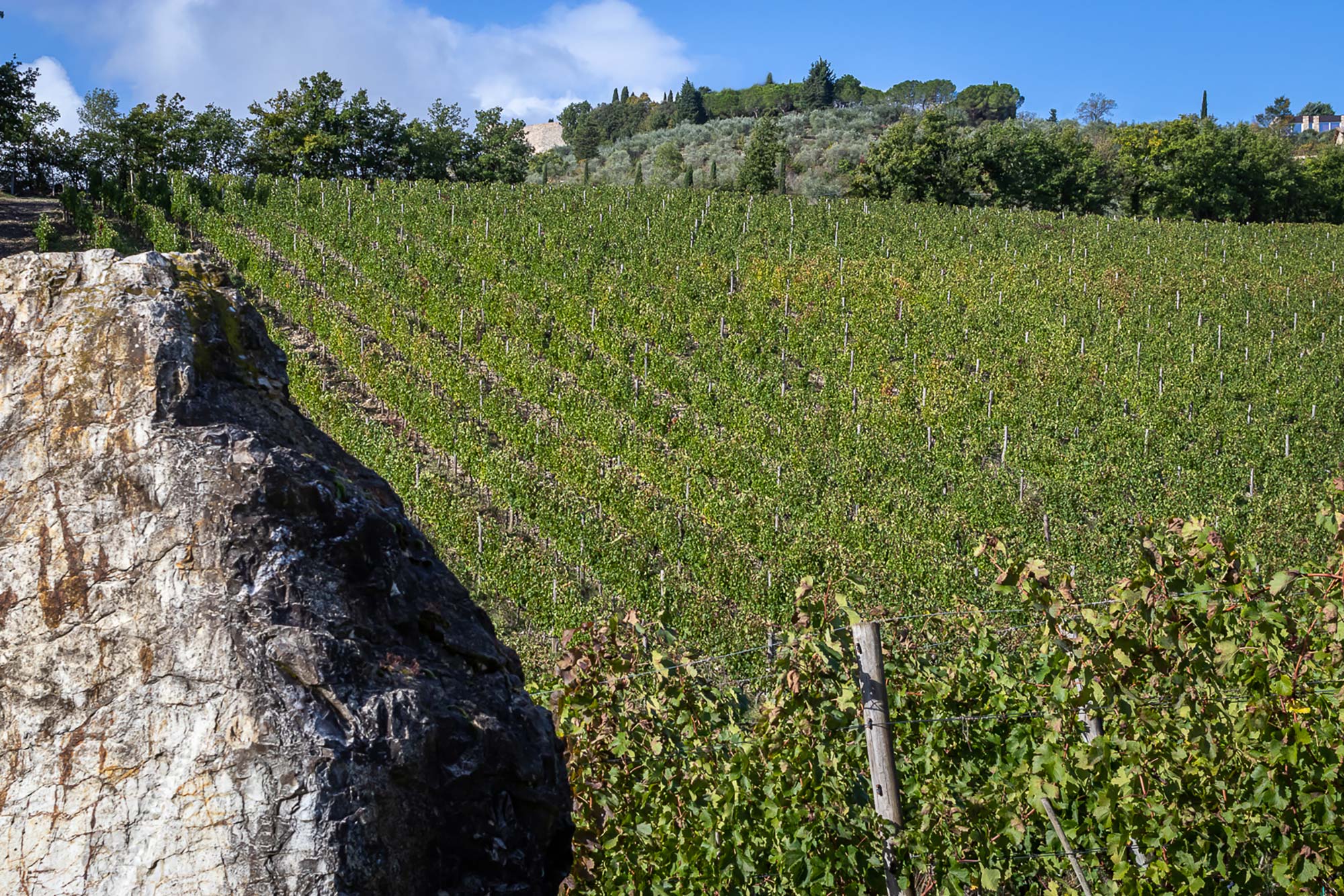 The Bertinga valley develops in various directions. Some parcels face south, others southwest, and parcel no. 10, the highest, gazes north-northeast. The soils of the latter have the highest clay content, the ideal habitat for Merlot. Here lies the cradle of the cru Volta di Bertinga. 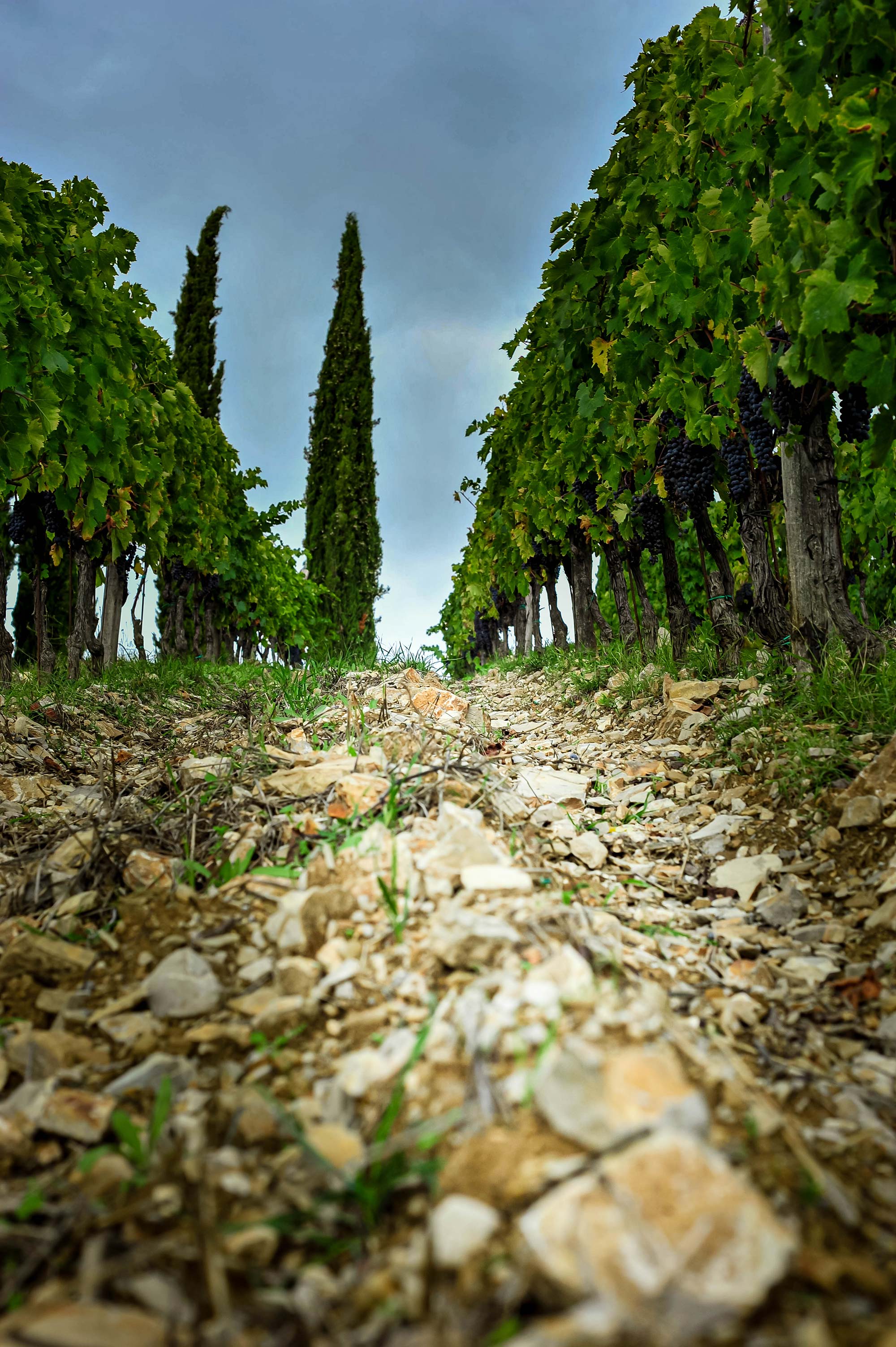 These lofty, near-inaccessible vineyards, surrounded by dense woods, yield Sangiovese and Merlot distinctive for their austere yet personal elegance. 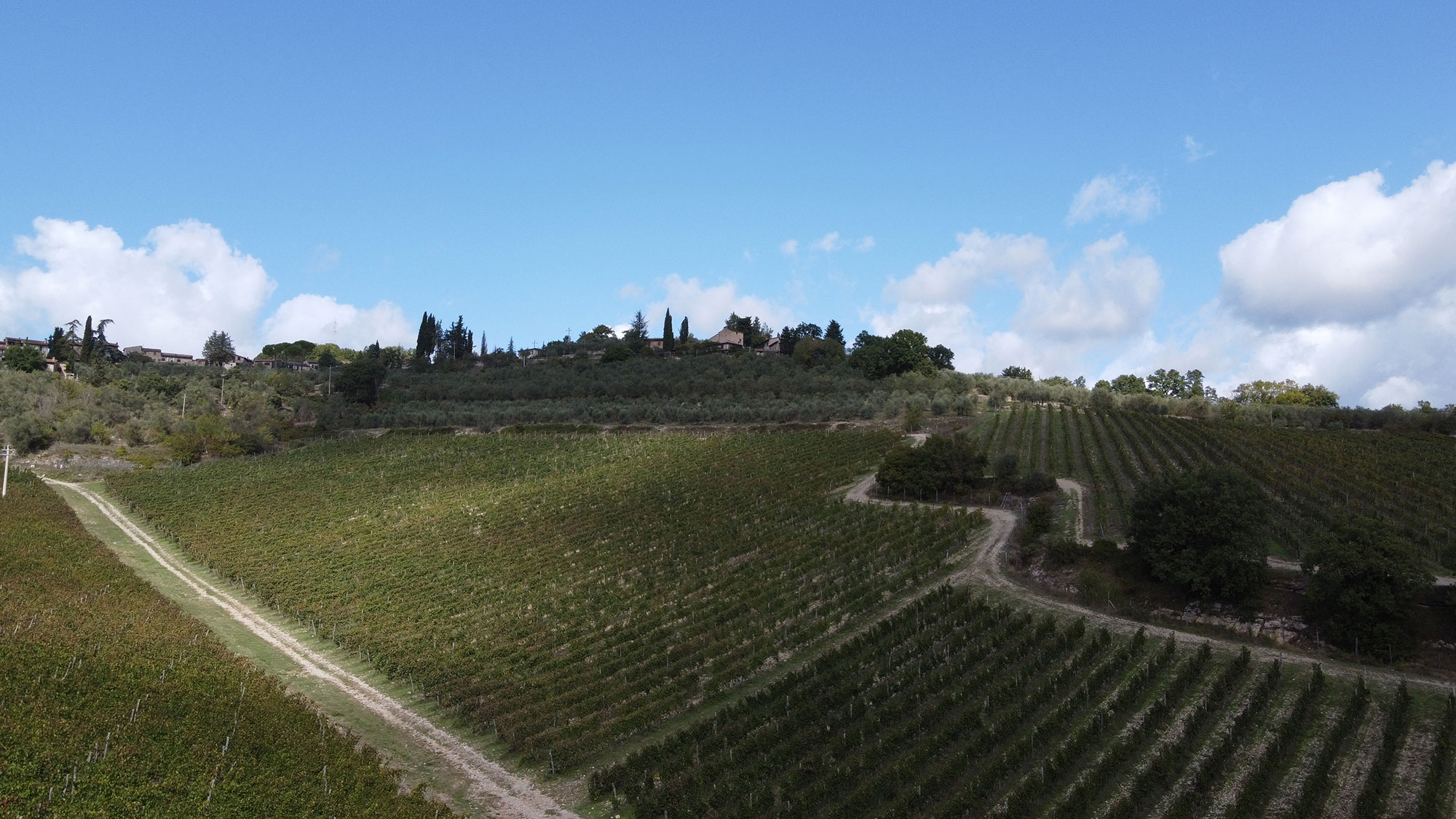 The Bertinga vineyard lies above a deep valley at an elevation of some 420 metres, its five parcels totalling nine hectares.
Its soils, of limestone with some clay, are compact and heavy, so distinctive that they imprint their character on the grapes they produce, Sangiovese and Merlot. 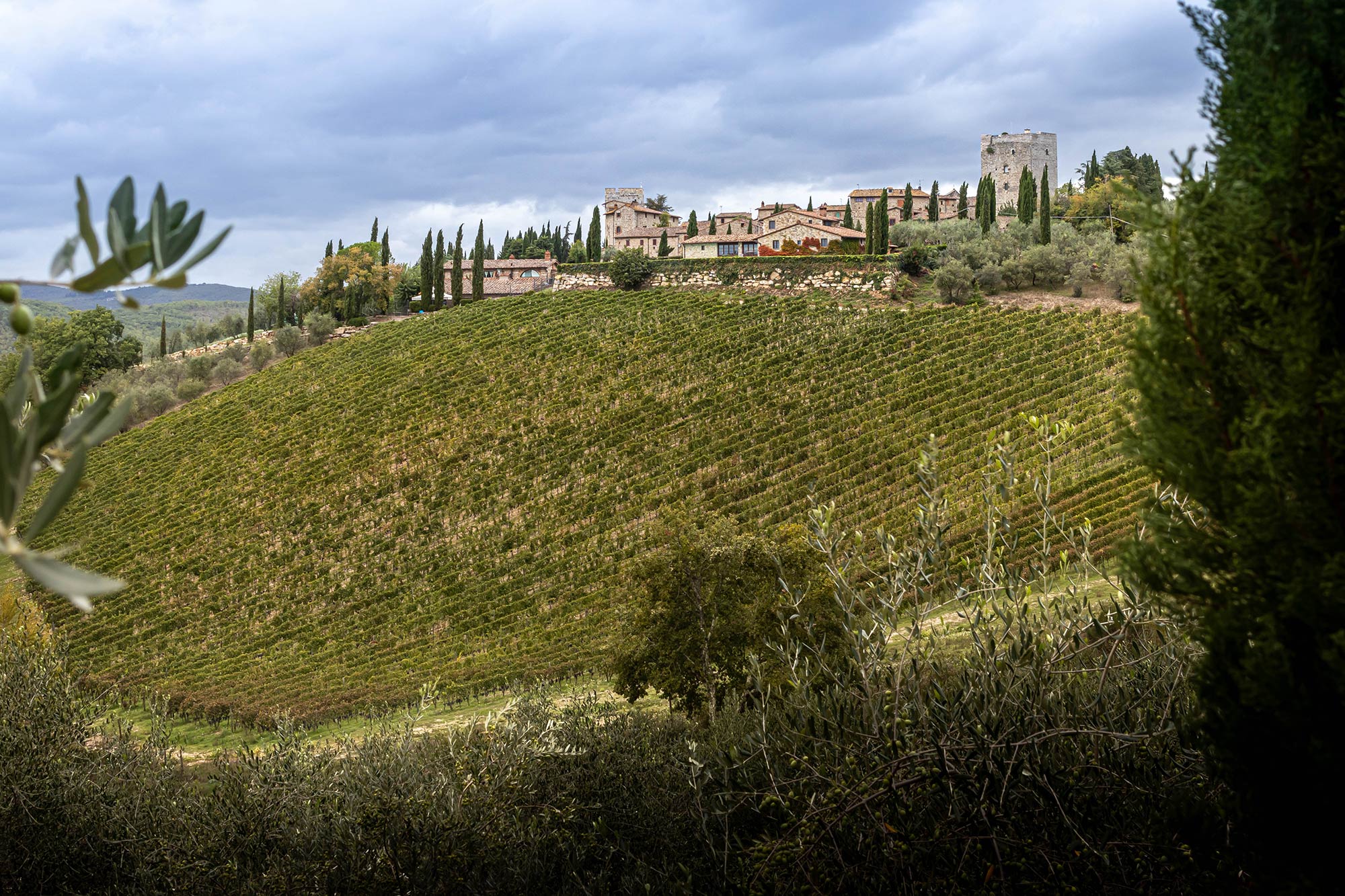 For centuries, a historic castle has watched over the Vertine vineyard.
Its fan-shaped three hectares, facing south, cling to a 500-metre-high hill, while the roots of its Sangiovese vines go deep into soils largely of local galestro and alberese. 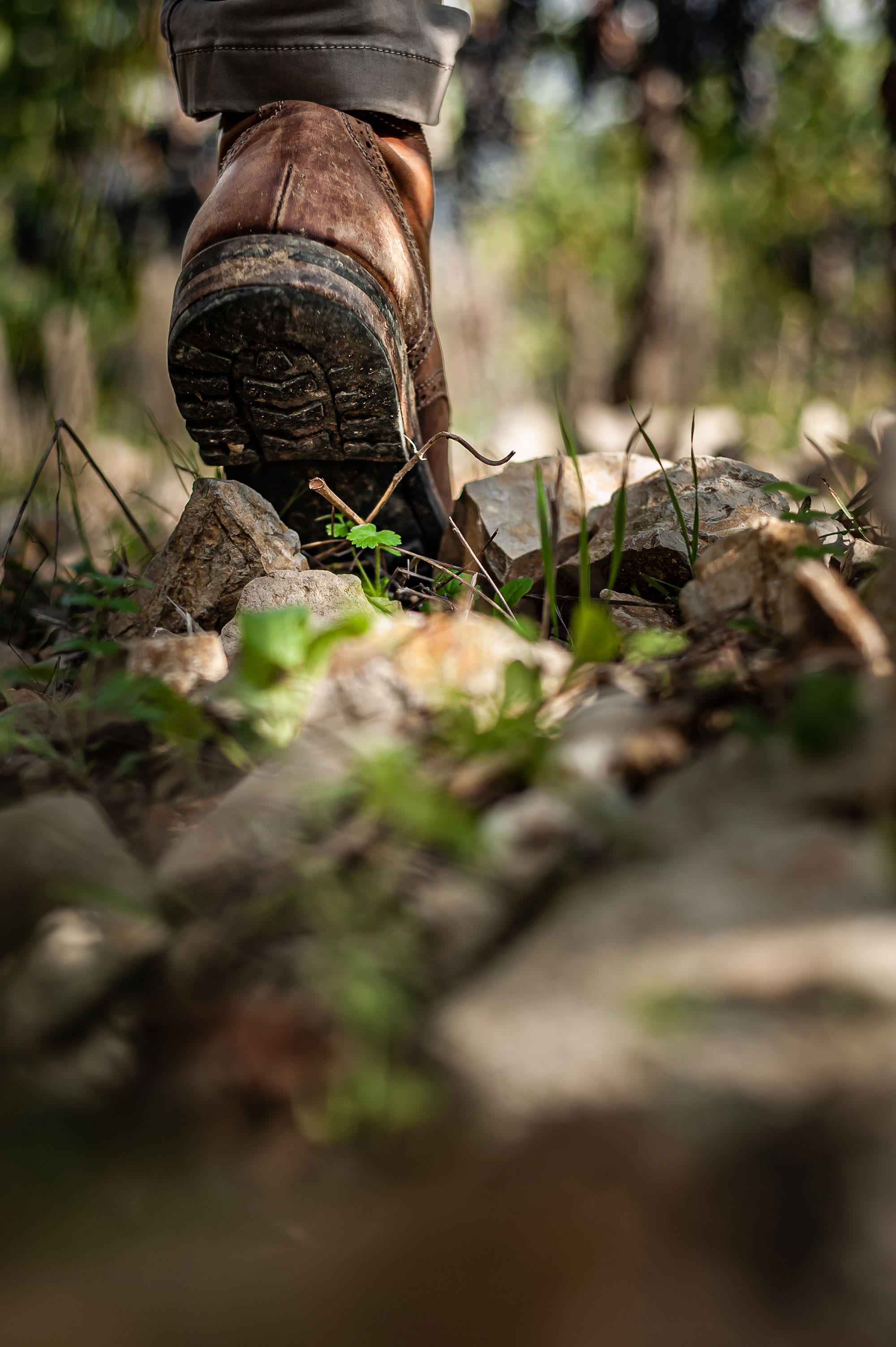 Soil is one of the secrets of the Adine vineyard. Of seabed origin, these reddish-brown clay-limestone complexes boast abundant rock, but with light, loose clay as well. Their deep, fractured texture attracts and holds heat, the perfect terroir for Sangiovese. 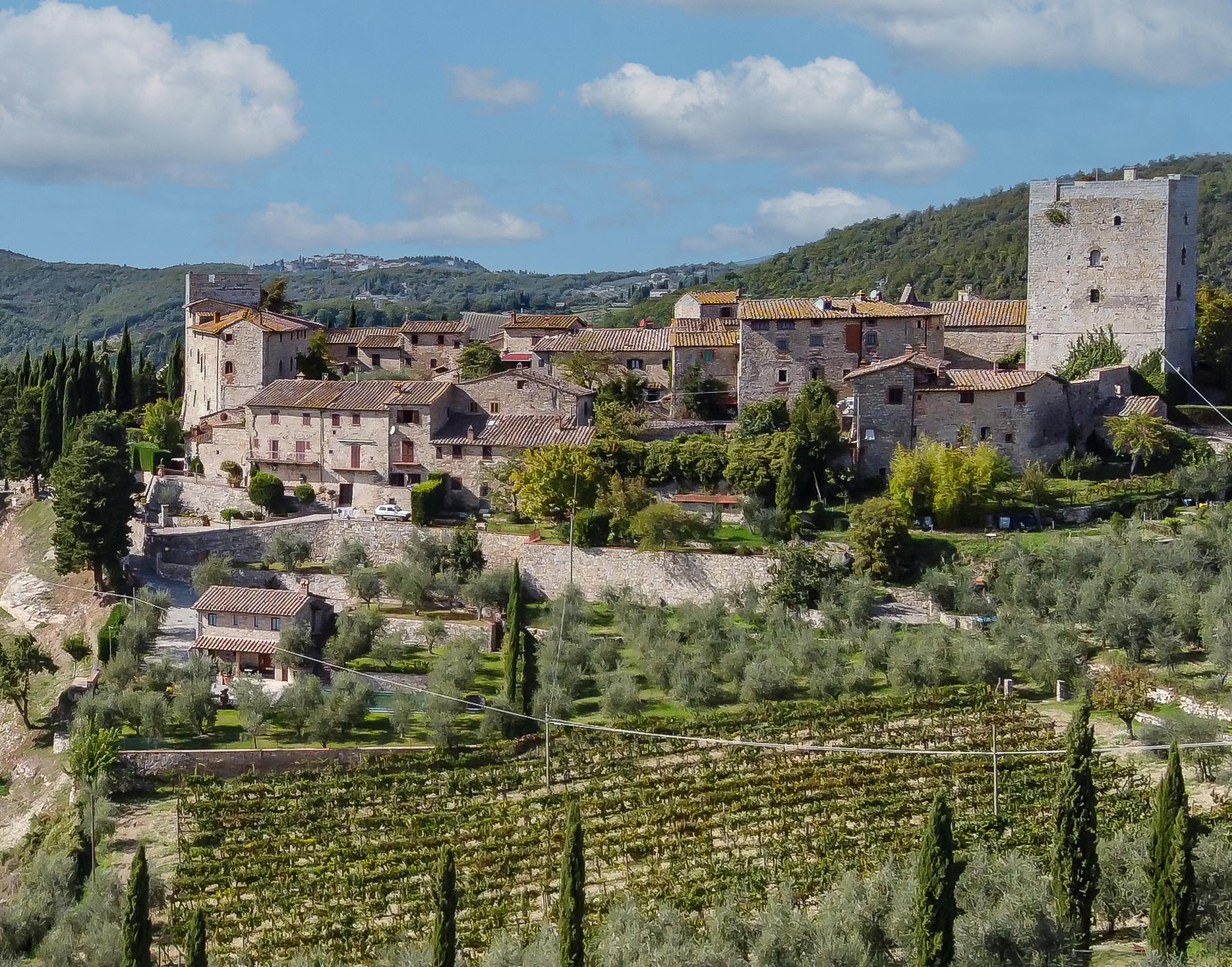 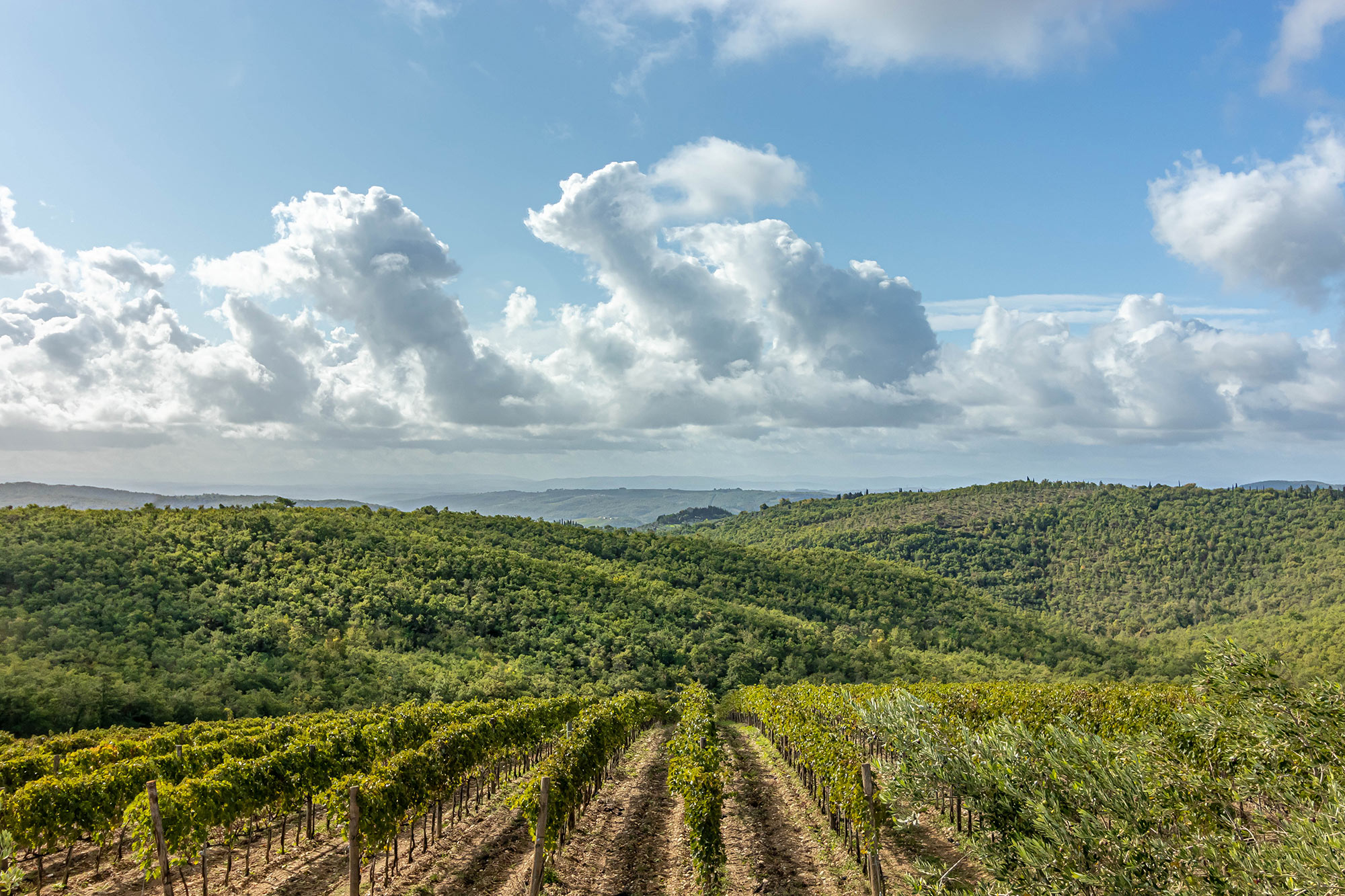 17 hectares, a mosaic of soils, different vine-row directions, but all at significant elevations and on the steepest of slopes.